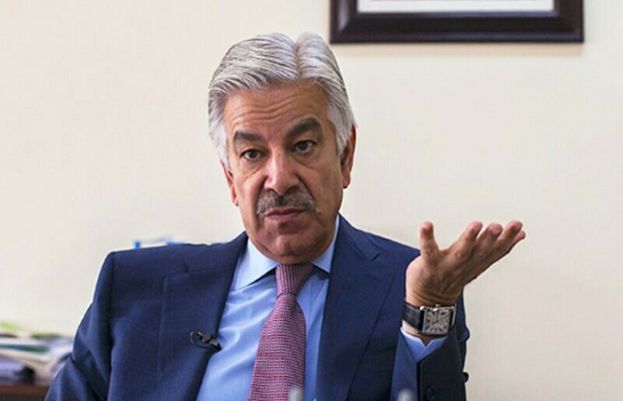 Defence Minister Khawaja Asif has said the decision regarding top level appointments in Pakistan Army has been taken as per the law and constitution.
Defence Minister Asif said on Thursday that appointment of new army chief is a test case for President Arif Alvi and PTI chairman Imran Khan.
The minister expressed his views on Twitter as the Prime Minister Shehbaz Sharif has picked Lieutenant General Asim Munir as new Chief of Army Staff (COAS) and Lt Gen Sahir Shamshad Mirza as Chairman Joint Chiefs of Staff Committee.
The PTI chief has alleged that the incumbent coalition government wanted to appoint an army chief of its choice. He has also accused the prime minister of holding consultation regarding appointment of top general with ‘fugitive’ PML-N supremo Nawaz Sharif.
A day earlier, Imran Khan said that President Dr Arif Alvi will discuss matters relating to summary for appointment of Army Chief with him, a move that is termed unconstitutional by legal experts.
Khawaja Asif wrote: “Advice has been sent to President Alvi. Now it is a test of Imran Khan whether he wanted to strengthen the defence institution or make it controversial”.
It is also test case for the president as he will follow the “political advice or constitutional and legal advice,” the defence minister said.
As Supreme Commander of Pakistan Armed Forces, it is the duty of president to keep the institution safe from political disputes, he said.