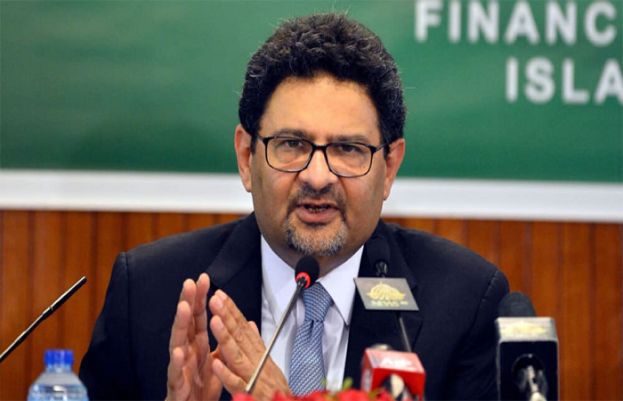 The development came after an important party meeting held under the chairmanship of Pakistan Muslim League-Nawaz (PML-N) supremo and former prime minister Nawaz Sharif in London on Sunday.
Premier Shehbaz Sharif, Information Minister Marriyum Aurangzeb, outgoing finance minister Miftah Ismail and other party leaders including Ishaq Dar and Malik Muhammad Ahmad Khan also attended the huddle.
In the meeting, the overall political situation of the country was discussed in detail.
Miftah submitted his resignation to the PML-N supreme leader, saying the ministry was entrusted by the party.
“I worked to the best of my ability for four months, and remained loyal to the party and the country,” the PML-N statement quoted Miftah as saying during the meeting.
Nawaz Sharif appreciated the efforts made by Miftah for carrying out the responsibilities under the “tough economic challenges”.
During the huddle, PM Shehbaz and party supremo Nawaz nominated Dar as the new finance minister of the country.
The participants of the meeting were of the view that the incumbent government had to “put out the fire of economic disaster” caused by the previous PTI-led regime.
The decision to appoint Dar as financial czar appears to be a desperate move by the bigwigs of the PML-N not only to revive the country’s faltering economy but to regain its lost political capital ahead of the next general elections.
Dar, the senator-elect, is likely to take oath as the finance minister as early as the coming Tuesday.
PM Shehbaz, who had gone to the UK to attend the funeral of Queen Elizabeth, had met his elder brother in London to discuss key political issues before departing to the US to attend the UN General Assembly session.
After the UNGA session, PM Shehbaz returned to London again and had a long meeting with his brother and Dar, who had left for the UK in October 2017 while he was standing trial in a corruption reference.
The PML-N officials accompanying the prime minister revealed that Miftah had opted to resign instead of taking a new portfolio after the party leadership decided in the London huddle to replace him with Dar.
Miftah’s term as the finance minister is ending on October 27 as he could only serve for six months as an outsider.
He either needed to be elected as a member of the National Assembly or Senate to continue holding his portfolio.
However, there was no such plan under consideration at the moment.
The sources said the London meeting did not turn out to be good for Miftah as he did not have any option but to show grace under compulsion.
“The PML-N thinks that it will change his [Miftah’s] portfolio, but he will resign,” a minister accompanying PM Shehbaz to London shared.
The minister added that Miftah would not opt for another portfolio as he was a respectable man. The minister said Nawaz would be back in Pakistan to campaign before the next general elections.
He revealed that the party had convinced Nawaz to return before it was too late – a development that Interior Minister Rana Sanaullah also confirmed at a news conference on Saturday held in Lahore.
Although Miftah has declined the offer to take any portfolio, another source in London said the incumbent finance minister would resign but he would still be a part of the economic team.
London has long remained a centre of attention in Pakistan’s political circles and it once again came into focus as PM Shehbaz along with key ministers of his party met with Nawaz and Dar, among others, for the second time since assuming the office of the prime minister to mull over some key issues as tensions run high on the political front in the country.
The London meeting was aimed at reviewing the government’s performance since coming to power and discussing issues ranging from choosing the new finance minister as well as the appointment of the army chief.
It also considered completing the government’s remaining term as well as convincing Nawaz to return to Pakistan and lead the election campaign.