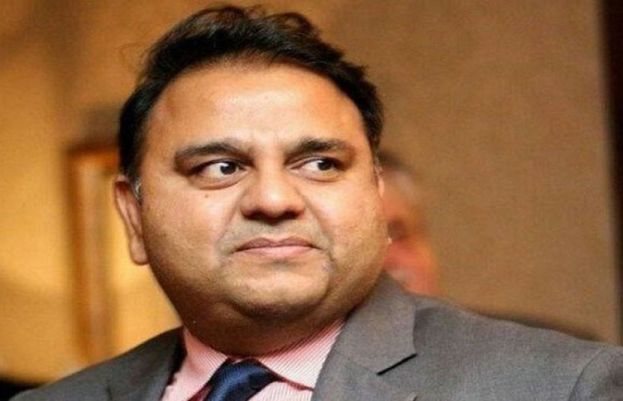 PTI leader Fawad Chaudhry, showing disapproval of the allegedly inappropriate manner in which party chairman Imran Khan is treated, has said that “judges should accord him respect”.
His remarks came on the eve of Islamabad High Court’s verdict in a case lodged against Khan, after he allegedly made contemptuous remarks against Additional District and Sessions Judge Zeba Chaudhry.
The judge had approved a two-day physical remand of Shahbaz Gill, Khan’s chief of staff, who is embroiled in a case of his own, pertaining to sedition, after inciting mutiny within the Pakistan Army with his remarks on a private TV news channel.
Khan, at a public rally on August 20 at F-9 park in Islamabad, said the judge should “prepare herself” as action would be taken against her.
He dodged a bullet however, as the high court today decided not to proceed with contempt proceedings after Khan said he was willing to apologise to the judge.
In an interview to an online news platform, Raftar, yesterday, Chaudhry, when asked what he expects the outcome to be and whether Khan should apologise or not, said: “He can go ahead and apologise. What difference will it make?”
He went on to say that he thinks Khan should take the stand, instead of “someone or the other standing up there”. “This is a matter between the court and the [petitioner],” he said, adding: “[But] they are not listening to him.”
The former information minister said he had advised his party chairman as much, that he should be heard in court, “tens of times”.
“I believe that when God has blessed someone with the respect that Imran Khan has, then it is everyone’s duty to respect him. Imran Khan, right now, is the leader of millions of people. And the judges should accord him respect too.
“They shouldn’t do these things, such as not allowing his security staff to accompany him. These are small things. Imran Khan is Pakistan’s biggest leader. He should be given respect,” he said.