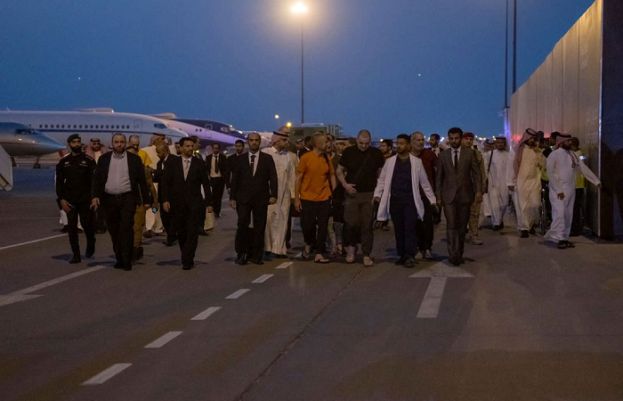 Russia yesterday released 10 foreigners it had captured in Ukraine, including five Britons and two Americans.
According to international media, the freed prisoners, who also included a Croatian, a Moroccan, and a Swedish national.
Russia also yesterday released 215 Ukrainians it took prisoner after a protracted battle for the port city of Mariupol earlier this year, including top military leaders, a senior official in Kyiv said.
The freed Ukrainians included the commander and deputy commander of the Azov battalion that did much of the fighting, said Andriy Yermak, the head of President Volodymyr Zelensky’s office.
The US citizens released were Alexander Drueke, 39, and Andy Huynh, 27, a family representative told Reuters yesterday.
The pair, both from Alabama, were captured in June while fighting in eastern Ukraine, where they had gone to support Ukrainian troops resisting Russia’s invasion.
US national security adviser Jake Sullivan and secretary of state Antony Blinken welcomed the release of the two and thanked the Ukrainian government and the Saudi crown prince for their roles.
British prime minister Liz Truss hailed the release of the five British nationals on Twitter as “hugely welcome news” after “months of uncertainty and suffering for them and their families”.