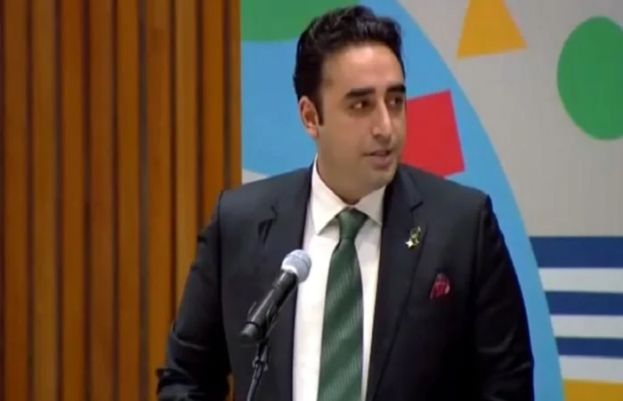 Foreign Minister Bilawal Bhutto-Zardari on Wednesday said that Pakistan was taking “all measures to protect the rights of minorities” and that everyone in this country had religious freedom.
Speaking during a high-level meeting on the effective promotion of the Declaration on Rights of Persons Belonging to National or Ethnic, Religious and Linguistic Minorities — held on the sidelines of the 77th United Nations General Assembly (UNGA) session — the foreign minister said that the protection of the rights of minorities was the basic tenet of the protection of human rights in Pakistan.
“Kartarpur Corridor is a reflection of our efforts for interfaith harmony and it is a corridor of hope,” said Bilawal, adding that Pakistan celebrates Minority Protection Day on August 11 every year.
Talking about the minorities in India, the PPP chairperson said that the anti-Islamic trend is spreading therein. “Unfortunately, there is a state where the minority rights are being suppressed,” he said.
He added that minorities are being suppressed in this state under its policy. “India was once a secular state, but now it’s becoming a Hindu-dominated country.”
Bilawal said Rashtriya Swayamsevak Sangh (RSS) Hindutva ideology is being promoted in India, which has fuelled violence against its two billion Muslim minority in the country.
“India’s Muslim minority is the largest in the world and Muslims are killed by mobs over the issue of cows,” he added.