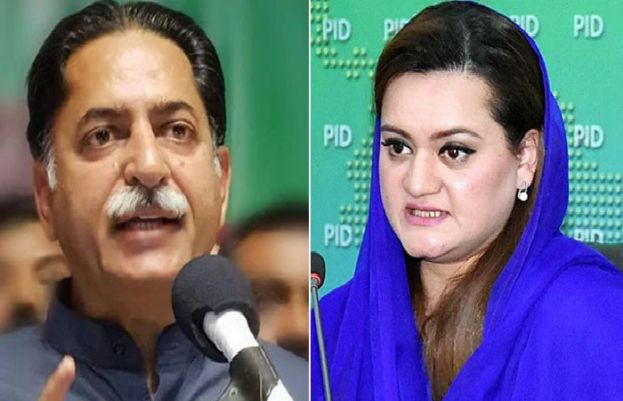 The Punjab government on Monday registered a terrorism case against two PML-N federal ministers and PTV officials for allegedly inciting violence and religious hatred against PTI Chairman Imran Khan.
The terrorism case has been filed against Federal Minister Mian Javed Latif, Information Minister Maryam Aurangzeb, Pakistan Television (PTV) Managing Director Sohail Khan and Controller Program Rashid Baig at the Green Town police station in Lahore.
“Mian Javed Latif declared Imran Khan non-Muslim, facilitator of non-Muslim and being outside the ambit of Islam by distorting his statements and presenting them without context during a TV show,” the FIR stated.
Following his party agenda, Javed Latif used the religion card against Imran Khan and deliberately used such words to fan sectarian hatred and intensify religious tension in the country, the complainant said, adding that his statement was aimed at creating a law and order situation in the country.
“A large number of people were aghast at his remarks,” read the FIR.
The FIR further said that the PML-N leader’s remarks about Imran Khan had hurt PTI’s workers and his millions of followers.
The complainant accused the PML-N ministers of using the government’s resources for their evil designs and political purposes. He maintained the PML-N leader “committed the crime” with the alleged support of the PTV’s officials and sought action against them.