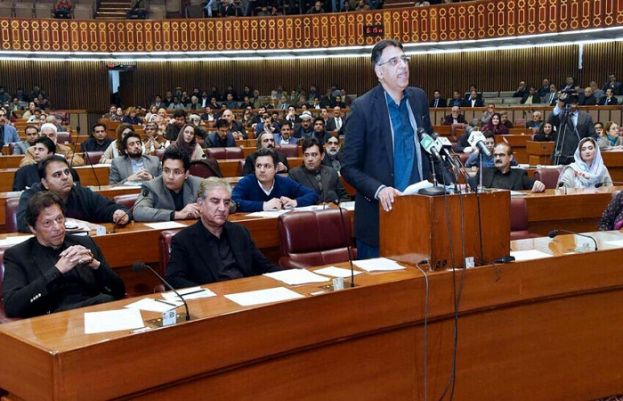 Speaker National Assembly Raja Pervaiz Ashraf accepted 43 more resignations submitted by PTI members on Tuesday. This takes the total number of resignations accepted since Januar 17 to 113.
The speaker had previously accepted 35 resignations on January 17 and another 35 resignations on January 24. This is apart from the 11 resignations accepted in July last year on which by-elections have already been held.
According to reports, the summary of the accepted resignations has been sent to the the Election Commission of Pakistan by the speaker’s office.
The latest list of accepted resignations includes PTI leaders including Riaz Fatyana and Munazza Hassan among others.
Reacting to the development, senior PTI leader Fawad Chauhdry said the main reason to return to the assembly in small numbers was to remove Raja Riaz as the opposition leader because the legislature had “no importance”.
“Right now, Shehbaz Sharif has lost the support of 172 members and is relying on lotas (turncoats) to save his government,” tweeted Fawad.