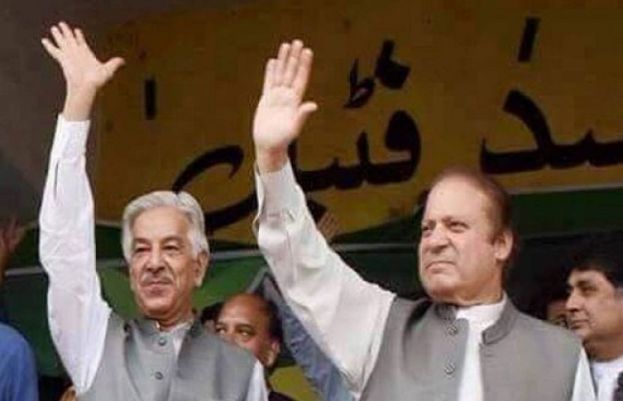 Defence Minister Khawaja Asif on Friday said former prime minister Nawaz Sharif will return to Pakistan before the end of 2022.
While addressing the National Assembly, the defence minister said the Pakistan Tehreek-e-Insaf (PTI) protests had violated people’s rights, adding that everyone had the right to protest but the limits of the Constitution and law should not be crossed.
He said that no development work was done during the past four years under the PTI government, and the incumbent government had explained these circumstances to the people.
Asif also said that the government withdrew money from other sectors and gave it to the flood victims who were undergoing great difficulties due to cold winter nights.
The minister maintained that the federal and provincial governments should provide assistance to disaster victims without discrimination and that the government was not acting on political priorities.
Earlier this week, Asif said former premier Imran Khan should not “target” the institutions that “supported him unconditionally” during the last four years, adding that the chief of the former ruling party could not deliver despite the assistance extended to him.
“After 75 years, we are at a point where we can say that all the institutions are playing their constitutional role. These institutions extended ‘unconditional support’ to Imran Khan,” he said.
“He (Imran) should not attack these institutions but rather should be ashamed of himself that despite their assistance he could not perform.”
COMMENTS