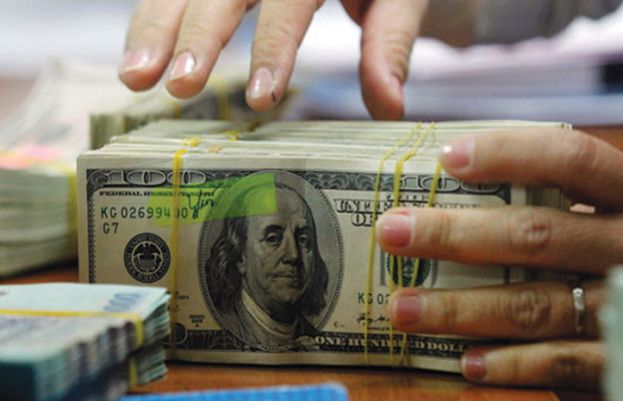 In line with the dominant trend over the last several weeks, the country’s foreign exchange reserves held by the State Bank of Pakistan (SBP) once again declined by 3.21%.
On September 16, the foreign currency reserves held by the SBP were recorded at $8,346.4 million, down $278 million compared with $8,624 on September 9, data released by SBP showed on Thursday.
Overall liquid foreign currency reserves held by the country, including net reserves held by banks other than the SBP, stood at $14,069.9 million.
Net reserves held by banks amounted to $5,723.5 million. The central bank cited external debt repayment as a major reason behind the decline.
With the current foreign exchange reserves position, Pakistan has an import cover of 1.19 months.
A critical level of reserves has caused severe pressure on the Pakistani rupee with the local unit becoming the worst performing currency this month.
The rupee gained some ground as Pakistan met all prior conditions of the IMF, a development that helped it secure $1.17 billion of inflow under the Extended Fund Facility (EFF), but came under pressure once again as floods hit and import restrictions eased.
The rupee is currently at the cusp of a cusp of fresh historic low as funding expected from friendly countries has not materialised yet.
The Pakistani rupee depreciated for the 15th consecutive session on Thursday and closed at 239.71 — just Rs0.23 short of an all-time low level of Rs239.94 on July 28, 2022.