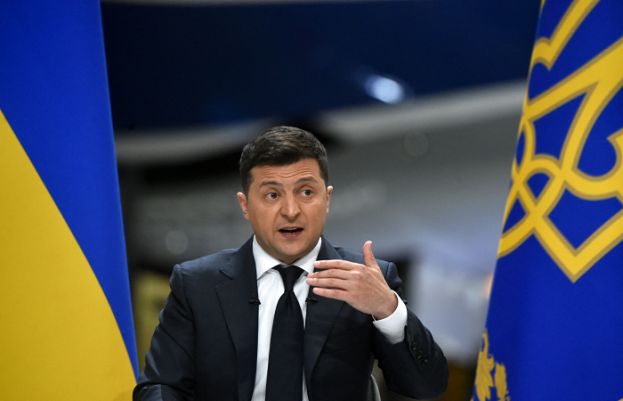 Ukrainian President Volodymyr Zelenskyy has urged the United Nations to punish Moscow for its invasion, calling for a special tribunal and for Russia to be stripped of its UN Security Council veto.
According to international media, “A crime has been committed against Ukraine and we demand just punishment,” Zelenskyy said in a pre-recorded video address to the United Nations General Assembly (UNGA) delivered just hours after Russian President Vladimir Putin announced a mobilisation of 300,000 reserves nearly seven months after he first ordered troops to cross the border into Ukraine.
Zelenskyy, wearing his trademark khaki-coloured t-shirt, said Kyiv had a five-point plan to establish a durable peace, which included not only punishing Moscow for its aggression, but the restoration of Ukraine’s security and territorial integrity and the provision of security guarantees.
“Punishment for the crime of aggression. Punishment for violation of borders and territorial integrity. Punishment that must be in place until the internationally recognised border is restored,” he told the assembly, with his wife, Olena Zelenska, among those in the auditorium.
It was the first time Zelenskyy had addressed the world’s leaders gathered together since the Russian invasion, and several delegations rose to their feet and applauded at the end of the speech. Russia and some other delegations remained seated.