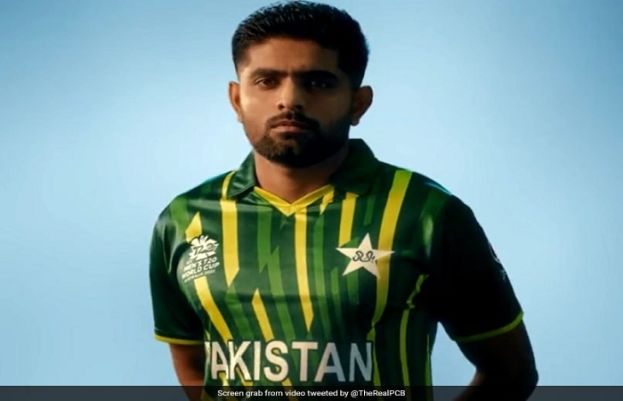 Pakistan Cricket team will wear a specially designed kit during the first T20I against England on Tuesday in Karachi to express solidarity with the flood victims of Pakistan.The new kit is called the “Thunder Jersey”.
Over 1,500 people have lost their lives and around 33 million have been affected by the flood that has hit one-third of the country.
To express solidarity with those affected by the floods, the Pakistan team will wear shirts with players’ names and shirt numbers displayed half submerged.
An official of the Pakistan Cricket Board (PCB) confirmed that this design is created to express solidarity with people affected by the flood.
The PCB has already announced to donate all the receiving from the gate money of the first T20I to the Prime Minister’s Flood Relief Fund.
Pakistan captain Babar Azam has appealed to fans to come to the stadium and support the cause.
PCB also confirmed that the Sindh police has also invited 300 flood victims to witness the first T20I in Karachi.
The cricket board revealed the official Pakistan T20I jersey.