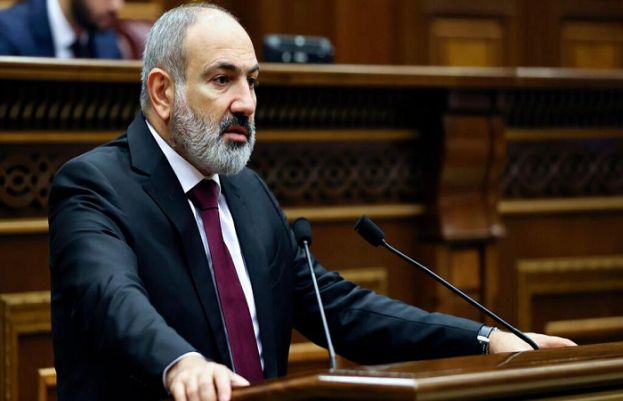 Thousands of protesters have taken to the streets of Armenia’s capital accusing Prime Minister Nikol Pashinyan of betraying his country by trying to appease Azerbaijan.
According to international media, they included relatives of those who lost their lives in the 2020 Second Karabakh War.
The demonstrators, on Wednesday, demanded that Pashinyan not be given a vote of confidence as well as the resignation of the government.
Police blocked the street at the entrance to parliament to prevent the protesters from entering.
After tensions during the day, the number of demonstrators in front of parliament increased in the evening hours.
Baku and Yerevan have been engaging in a deadly battle since Monday that killed 155 soldiers on both sides.
Armenian PM Pashinyan told parliament that 105 Armenian soldiers had died in the recent flare-up while the count of Azerbaijani fatalities given by Baku stands at 50.