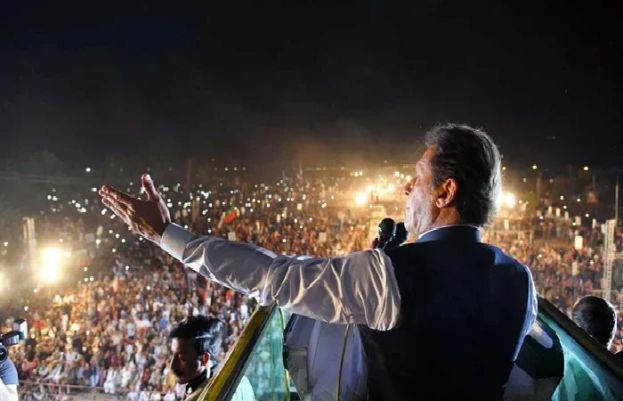 The Islamabad High Court (IHC) on Monday suspended the Pakis­tan Electronic Media Regu­latory Authority’s (Pemra) orders to ban the live telecast of Imran Khan’s speeches.
IHC Chief Justice Athar Minallah, after taking up the matter on an application filed by the former prime minister today, observed that the watchdog had “exceeded its authority” and directed Pemra to appoint an officer who could justify the ban in court.
On August 20, while addressing a rally in Islamabad to express solidarity with party leader Dr Shahbaz Gill facing proceedings in a sedition case, Imran warned the judiciary against its “biased” attitude and warned the judge who sent Mr Gill on physical remand to brace for consequences.
Subsequently, a ban was imposed on the live broadcast of Imran’s speeches on television and a case was also registered against him.