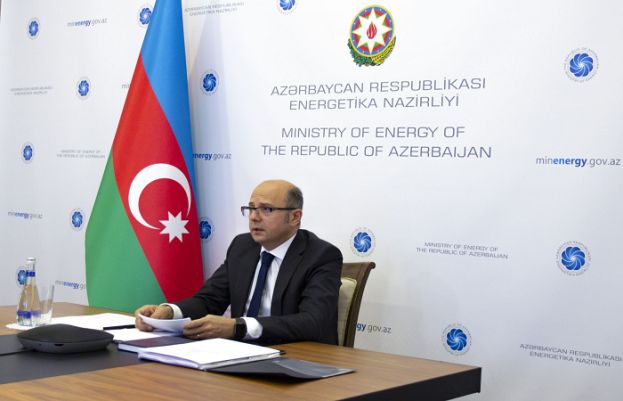 “The overall volume of (gas) supplies to Europe in 2022 will amount to 12 billion cubic metres” — a 31% — increase compared to 2021, says Azerbaijan’s energy minister
Energy-rich Azerbaijan on Monday said its gas exports to Europe will increase by 30% this year, as the European Union tries to decrease its dependence on Russian gas amid Moscow’s offensive in Ukraine.
Europe, which is heavily dependent on Russian supplies, has accused Moscow of using energy as a geopolitical weapon.
On Monday, Azerbaijan’s Energy Minister Parviz Shahbazov said that over the eight months of this year Baku “supplied to Europe 7.3 billion cubic metres of natural gas.”
“The overall volume of (gas) supplies to Europe in 2022 will amount to 12 billion cubic metres” — a 31% — increase compared to 2021, he said on Twitter.
He also reported a nearly 10% increase in natural gas production, which reached 30.6 billion cubic metres in January-August 2022.
On Wednesday, EU chief Ursula von der Leyen proposed that member states agree a price cap on gas imported from Russia.
Russian President Vladimir Putin has vowed to cut off any countries imposing price caps on oil and gas exports.
In July, the EU and Baku agreed to double gas imports from Azerbaijan over the next few years.
The agreement also provides for the expansion of the Southern Gas Corridor running through Azerbaijan, Georgia, Turkey, and Greece — “to 20 billion cubic metres per year in a few years.”
In May, EU leaders agreed to stop most Russian oil imports by the end of the year, as part of unprecedented sanctions they slapped on Moscow over the invasion of Ukraine.
But the bloc put off an outright ban on Russian gas, which in 2021 amounted to 155 billion cubic metres — nearly 40% of EU’s needs.
Russia has already begun reducing its gas deliveries to prevent EU countries from replenishing reserves, prompting the European Commission to prepare “a gas demand reduction plan” to get through the next winter.