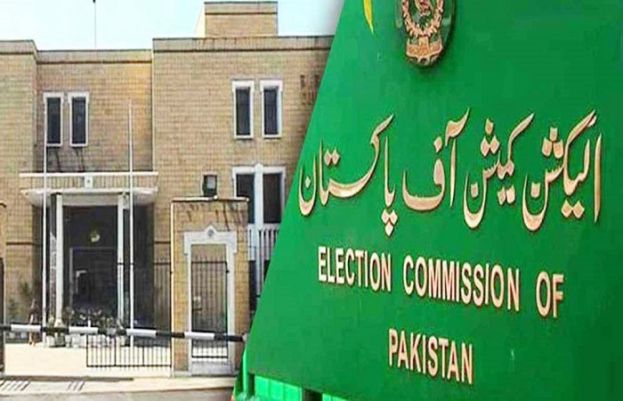 The Election Commission of Pakistan on Wednesday reached out to authorities in Punjab and Khyber Pakhtunkhwa, proposing to them dates for the elections — days after caretaker governments were installed in the two provinces.
It suggested elections be held between April 9 and 13 in Punjab, and in KP between April 15 and 17.
Syed Mohsin Raza Naqvi was sworn in as the caretaker chief minister of Punjab on Jan 22, while Mohammad Azam Khan had taken oath as the KP chief executive on Jan 21, respectively, after the dissolution of the two assemblies.
The KP Assembly was dissolved on Jan 18 just four days after the dissolution of the Punjab Assembly on Jan 14.
On December 17, PTI Chairman Imran Khan announced that his governments in Punjab and KP would dissolve their assemblies to pave the way for fresh elections.
In separate letters to principal secretaries to the governor of the two provinces today, the copies of which are available with Dawn.com, the ECP cited Article 224 of the Constitution, stipulating the holding of the general election of an assembly within 90 days of the legislature’s dissolution.
Article 224 states: “When the National Assembly or a provincial assembly is dissolved, a general election to the assembly shall be held within a period of ninety days after the dissolution, and the results of the election shall be declared not later than fourteen days after the conclusion of the polls.”
In its letter to Punjab, the ECP recommended to the province to fix an election between April 9 and April 13.
The watchdog said the election date must not exceed April 13.
“Likewise, for completion of all activities mentioned in the election programme as per section 57 (2) of the Elections Act, 2017 minimum of 54 days will be required,” the ECP said in its letter.
It urged the government to finalise the date of the election in light of the suggestion mooted by the electoral watchdog.
In a similar letter to the principal secretary to KP governor, the ECP urged the authorities to fix a date between April 15 and April 17 for election across the province.
The electoral body reminded the province to not exceed the proposed date in the binding of the law.