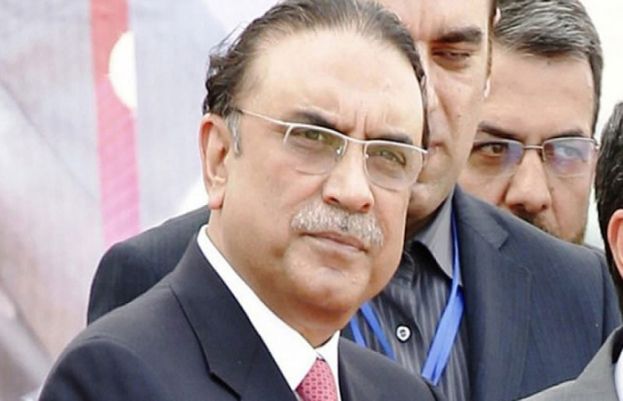 The former president and PPP Co-Chairman Asif Ali Zardari on Tuesday challenged the Park Lane reference under the new Amendments in the NAB law.
As per details, the petitioner filed by the former president states that the case is not in the jurisdiction of the accountability court after the amendment in NAB laws.
The court should either send the reference back to NAB or acquit it, the petitioner told the court.
PPP co-chairman Asif Zardari has already got relief from AC in Thatta Water Supply and Rs8 billion transaction references.
Earlier, the accountability sent back the Thatta water supply reference against former president Asif Ali Zardari to the National Accountability Bureau.
The court announced its verdict reserved in the Thatta water supply reference. Accountability Judge Rana Nasir sent back the reference to the NAB as “the case does not come in the jurisdiction of the court”.
The court has directed the accountability watchdog to refer the reference to a concerned forum.
Asif Ali Zardari and his sister Faryal Talpur and other accused face charges of corruption through fake bank accounts and embezzlement in the financial facility for Park Lane Private Limited and Parthenon (Pvt) Limited.
The Park Lane case is being investigated under different sections of the National Accountability Ordinance (NAO) 1999, and the Anti-Money Laundering Act, 2010, over Zardari’s alleged involvement in a loan and its misappropriation by Parthenon Private Limited.
A loan worth Rs 1.5 billion was taken from a bank and transferred to the company’s account in a private bank.