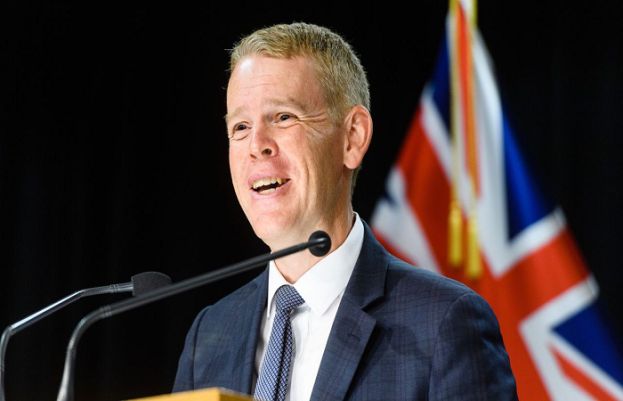 New Zealand’s former minister for COVID-19, Chris Hipkins, has been confirmed as the country’s next prime minister.
According to international media reports, Hipkins got the unanimous support of legislators from the ruling Labour Party on Sunday after he was the only candidate to replace the charismatic Jacinda Ardern, who shocked the nation last week when she announced she was resigning after more than five years as prime minister.
Hipkins, 44, will be officially sworn in to his new role on Wednesday.
He will have less than nine months before contesting a tough general election, with opinion polls indicating his party is trailing its conservative opposition.
“This is the biggest privilege and biggest responsibility of my life,” Hipkins said at a news conference announcing his appointment.
Hipkins immediately acknowledged Ardern’s leadership, who he called one of New Zealand’s greatest prime ministers and an inspiration to women and girls everywhere. “She gave voice to those often overlooked in times of challenge and purposefully went about doing politics differently,” he said.
But some of the hate Ardern faced during her term is a reminder that “we’ve got a way to go to ensure women in leadership receive the same respect as their male counterparts”, he added.
Known as “Chippy”, Hipkins built a reputation for competence in tackling COVID and was a troubleshooter for Ardern when other cabinet ministers were struggling.
First elected to parliament in 2008, he became a household name fronting the government’s response to the pandemic. He was appointed health minister in July 2020 before becoming the COVID response minister at the end of the year.
Hipkins named Carmel Sepuloni as deputy prime minister, New Zealand’s first deputy prime minister of Pacific origin.
Sepuloni, 46, is of Samoan, Tongan and New Zealand European descent and lives in Auckland. She holds a number of portfolios, including social development and employment as well as arts, culture and heritage.
She said it was “very hard to fathom that a working-class girl” from a small New Zealand town could end up as deputy prime minister.