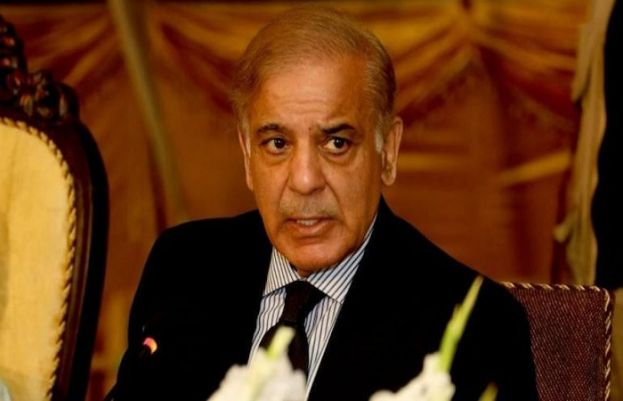 Prime Minister Shehbaz Sharif has condemned act of desecration of the Holy Quran by a right-wing extremist in Sweden.
In a tweet today, he said no words are enough to adequately condemn the abhorrable act.
The Prime Minister said garb of the freedom of expression cannot be used to hurt the religious emotions of 1.5 billion Muslims across the world. He said this act is unacceptable.

No words are enough to adequately condemn the abhorrable act of desecration of the Holy Quran by a right-wing extremist in Sweden. The garb of the freedom of expression cannot be used to hurt the religious emotions of 1.5 billion Muslims across the world. This is unacceptable.
— Shehbaz Sharif (@CMShehbaz) January 22, 2023
Meanwhile, in a statement on Saturday, Foreign Office Spokesperson Mumtaz Zahra Baloch said this senseless and provocative Islamophobic act hurts the religious sensitivities of over 1.5 billion Muslims around the world. She said such actions are not covered under any legitimate expression of the right to freedom of expression or opinion, which carries responsibilities under international human rights law, such as the obligation not to carry out hate speech and incite people to violence.
The Spokesperson said Islam is a religion of peace and Muslims, including in Pakistan, believe in respecting all religions. She said these principles must be supported by all.
The spokesperson said the international community needs to show a common resolve against Islamopohbia, xenophobia, intolerance and incitement to violence on the basis of religion or belief, and work together for promoting inter-faith harmony and peaceful coexistence.
The Spokesperson said Pakistan’s concerns are being conveyed to the authorities in Sweden. We urge them to be mindful of the sentiments of the people of Pakistan and the Muslims worldwide and take steps to prevent Islamophobic acts.
Meanwhile, the abhorrent act of desecration of the Holy Quran in Sweden has attracted widespread condemnation and denunciation across the Muslim world.
The Ministry of Foreign Affairs of Saudi Arabia expressed strong condemnation of the Swedish authorities’ allowing the abhorrent act. It reiterated the Kingdom’s firm position calling for the importance of spreading the values of dialogue, tolerance, and coexistence, and rejecting hatred and extremism.
Iran has strongly condemned the act of desecration of the Holy Quran in in Sweden calling it an attempt to stoke hatred and violence against Muslims.
In a statement, Foreign Ministry spokesman Nasser Kanaani said despite the strong emphasis on human rights in Islam, Europeans continue to institutionalize anti-Islamism and Islamophobia in their societies.
In statement Kuwaiti Foreign Minister Sheikh Salem Abdullah Al-Jaber Al-Sabah has said the incident hurts Muslims’ sentiments across the world and marks serious provocation. He called on the international community to shoulder responsibility by stopping such unacceptable acts.
Turkish Foreign Ministry described the burning of the Quran in Stockholm as vile attack.
In response to Sweden’s permission of the incident, Ankara cancelled Swedish Defence Minister Pal Jonson’s upcoming visit to Türkiye.