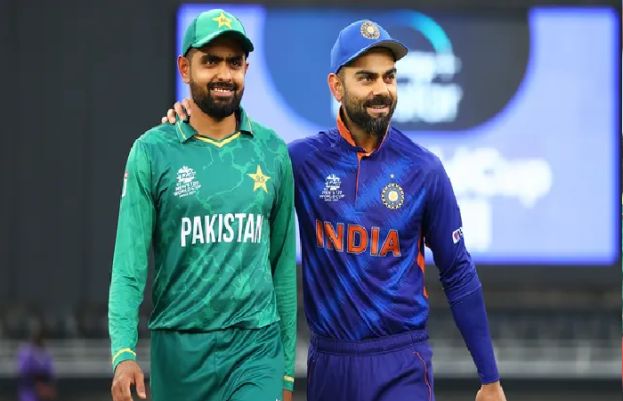 India’s star batter Virat Kohli continues to climb in the latest ICC ODI players rankings.
Virat Kohli has jumped two places to fourth overall, with 750 points, on the latest list for ODI batters.
Pakistan skipper Babar Azam is still at the top with 887 rating points whereas South Africa’s Rassie van der Dussen (766) and Quinton de Kock (759) are in second and third place respectively.
Kohli’s teammates Shubman Gill, Mohammed Siraj and Kuldeep Yadav have also improved their rankings after good performances against Sri Lanka.
“Gill hit a century and a fifty during the series and his 207 runs at an average of 69 helped the opener improve 10 spots to 26th overall on the rankings for ODI batters,” the ICC said in a press release.
“But it is perhaps Siraj that makes the most eye-catching move, with the 28-year-old jumping a massive 15 spots to third on the list for ODI bowlers following his nine wickets for the series.
“No bowler picked up more wickets during that series and Siraj improves to a career-best rating of 685 points to close in on pacesetters Trent Boult (730) and Josh Hazlewood (727).
“Kuldeep was also rewarded for his five wickets from just two matches against Sri Lanka, with the left-armer jumping seven places to 21st on the latest bowler rankings.”
Pakistan’s all-rounder Mohammad Nawaz improved 12 spots to 28th on the list for bowlers after collecting six wickets during the recently-concluded ODI series against New Zealand.