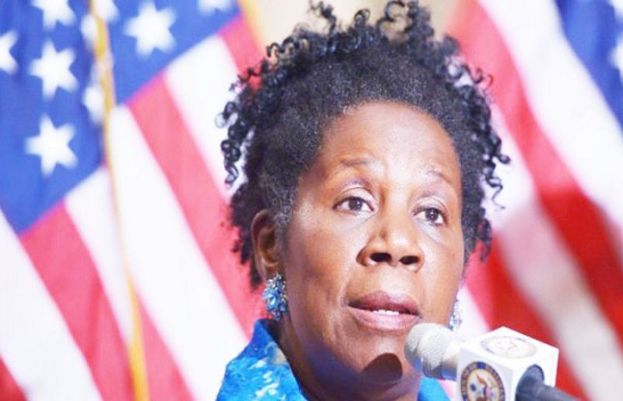 US Congresswoman Sheila Jackson Lee on Monday said medical teams were on the way from America to help the region.
Speaking alongside Foreign Minister Bilawal Bhutto Zardari, Sheila said her delegation travelled an hour to see unspeakable damage in the province of Sindh.
“We saw pain but we also saw resilience in the people,” she said. “We believe that Pakistan is going to recover.”
Terming it as the most devastating time and an attack on humanity, the US congresswoman said the province of Sindh lost an economic arm of wheat and promised to take back the message of help.
“We expect some major donations coming in from the United States,” she said, concluding that “Our friendship is a solid friendship.”
Meanwhile, President Arif Alvi conferred the Hilal-e-Pakistan award on US Congressional delegation head, Congresswoman Sheila Jackson Lee.
Hilal-e-Pakistan award is the second highest of the Islamic Republic of Pakistan. The award recognizes those people who have made meritorious contribution to the national interests of Pakistan.
Separately, in a meeting with the US Congressional delegation, Climate Change Minister Sherry Rehman informed them about the assistance required for rehabilitation of the flood affected areas and population.
According to a local media outlet, the Pakistan Peoples Party (PPP) Senator also explained the ongoing relief efforts.
“The devastation on ground is much more than we encountered in the 2010 floods. This time, however, we are unable to find dry ground to land our helicopter sorties providing relief,” she said.
“We had a cataclysmic start to the year, with temperatures reaching 53 degrees in Sindh followed by heatwaves and 3 times the normal amount of GLOFs. Sherry highlighted how the south remains inundated and poses a danger to human health.
“Despite relief efforts from the government, NDMA, PDMAs and the army, we are under-resourced. 33 million people have been impacted severely. We have appealed to our bilateral and multilateral partners in this time of need.”
Shedding light on the ensuing health crisis due to the devastated floods, the Minister of Climate Change said there are far-reaching impacts that have been unleashed on the country since nine weeks. “The situation on the ground is still worrying in terms of relief and rescue.”
She reiterated the situation as a national emergency due to water-borne diseases, appealing for more urgent relief funds to deal with the emerging crisis. “We really appreciate US assistance and support in this moment of great crisis.”
The senator also told the delegation that the concerned authorities were conducting risk assessment to build a climate-resilient infrastructure. “We will require support for that.”
The US delegation expressed their condolences and deepest regret over the loss of lives and commitment to help Pakistan in the prevailing testing times.