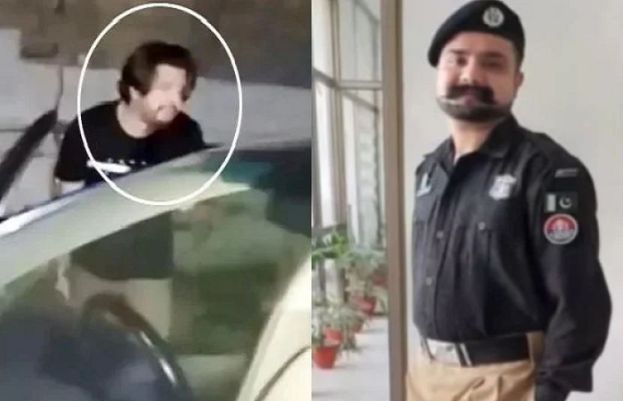 Khurram Nisar, the suspect who shot dead policeman Abdul Rehman in Karachi’s Defence Housing Authority (DHA) Phase 5 area late Monday night, has fled from Pakistan.
According to police, Khurram has flown to Sweden on an international airline’s flight via Istanbul. Police shared that the suspect has used his Swedish passport to run away from Pakistan.
Video footage showed the altercation between the shooter, Khurram Nisar, and the deceased police officer, Abdul Rehman after they step out of a black vehicle with tinted windows.
Nisar could be seen stepping out of the driver’s seat and Rehman from the passenger seat. In the same video, the cop can be seen holding a pistol and gesturing Nisar to sit in the car and go to the police station.
The martyred cop and his colleague chased Nisar and spoke to him after they allegedly noticed suspicious activity.
According to the police, Nisar, came to Karachi from Sweden on November 5. He lives there with his wife and two children.