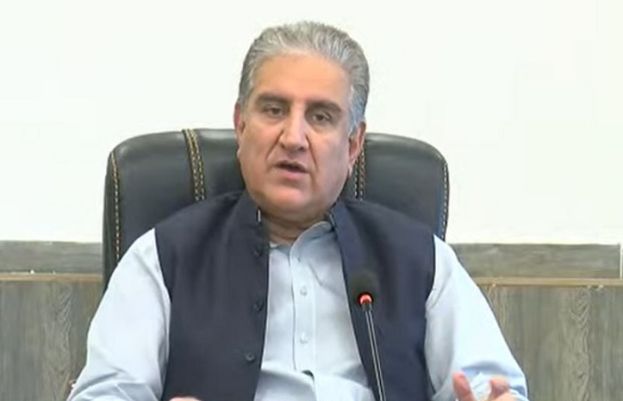 PTI Vice Chairman Shah Mehmood Qureshi said Sunday that President Arif Alvi will not stop the summary for the appointment of a new chief of army staff (COAS).
In conversation with journalists, the former foreign minister also maintained that there was no debate in the party on the issue of the next military chief’s appointment.
“Imran has also clarified that the PTI has neither any favourite nor objection to the appointment of any person as the army chief,” the party’s vice chairman said.
“We have no differences with the institution or had any in the past. We do not want any rift with it in future. However, the statement of PPP Chairman Bilawal Bhutto about the president was uncalled for,” he added.
In a press conference last week, the PPP chairman made it clear that the country would only accept the appointment of COAS made by the prime minister, who is the only one constitutionally empowered to do so.
He said if President Dr Arif Alvi blocks the PM’s summary regarding the COAS appointment, it would need to be seen how he decides to go down in history, whether by upholding the Constitution or violating it and showing loyalty to his friend, in which case he will suffer the consequences.
“If he opts to block the PM’s summary, it will have consequences,” he said.
The press conference came before the president told his close aides that he would follow through on Prime Minister Shehbaz Sharif’s advice regarding the appointment of the next army chief, according to sources.
“I do not have the legal authority to stop the prime minister’s advice; I have never interfered in the affairs of the state,” President Alvi — a leader of the PTI — had stressed.