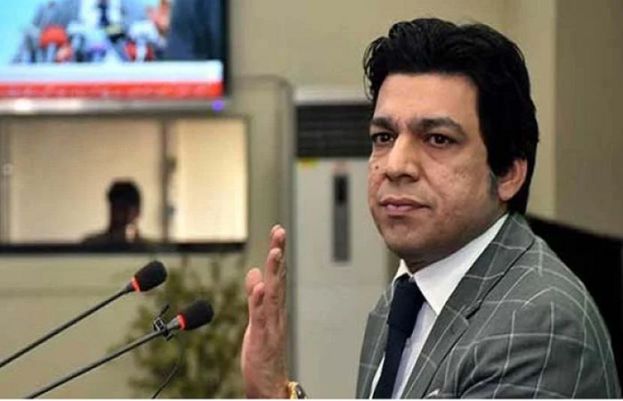 PTI’s expelled leader and former minister Faisal Vawda Thursday claimed that “some people” want to replace the party’s chief Imran Khan.
Without naming anyone specific, Vawda said: “All three snakes are aspirants for the prime minister’s slot.”
The former minister maintained that the “two confidants and three snakes created differences between Khan and the establishment”.
“I had almost succeeded in settling the issues between Khan and the establishment,” he shared when commenting on the ongoing rift.
Responding to a question about Khan’s alleged extension offer to the Chief of Army Staff General Qamar Javed Bajwa, the former minister asked: “If General Bajwa was a trouble-maker and a part of the handlers then how did he become good overnight.”
Praising the COAS, the expelled PTI leader said that he showed patience despite trolls and smear campaigns against him.
“Khan was hit by a bullet fired from a pistol while [the PTI supporter who lost his life] Moazzam was shot by a bullet opened from a Kalashnikov,” he claimed.
Moazzam’s autopsy report will reveal that he was hit by a Kalashnikov’s bullet, he added.
Responding to another question about the next general elections in the county, Vawda said “we” are demanding polls in May while PDM agrees to conduct elections in October.
‘Shahzad Akbar a puppet’The former minister further added that [former PM aide to then PM] Shahzad Akbar was a puppet and would spend several hours in the office of Azam Khan, the PTI chief’s principal secretary.
“I used to tell Khan that Akbar would run away,” he said, lamenting that Khan sahab “blindly trusts his people.”
He predicted that the Senate chairman and deputy chairman would be removed soon. The expelled PTI leader said “goodbye” to them in advance.
Vawda stressed the need for uprooting the conspirators around Khan. “People are standing with Khan in grudge of PDM,” he added.
He advised Khan not to repeat the mistakes of MQM founder and PML-N supremo Nawaz Sharif.