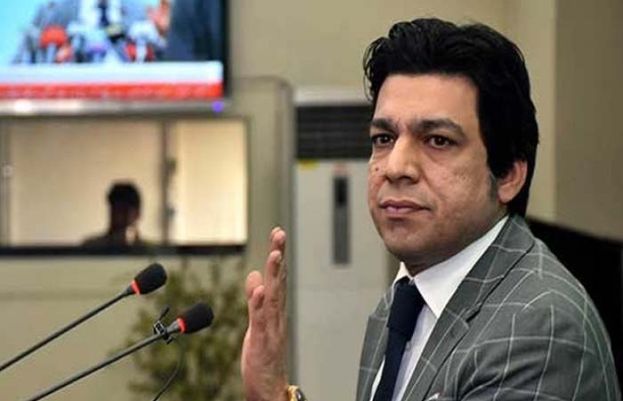 Faisal Vawda, whose PTI membership was recently terminated, claimed on Thursday that former accountability czar Shahzad Azbar had misled former prime minister Imran Khan’s cabinet in a matter pertaining to the misappropriation of funds from the United Kingdom.
Vawda passed these remarks outside the National Accountability Bureau’s office in Rawalpindi, where he was summoned by the anti-graft body for investigation in a case regarding the approval of transferring £190 million in the account of Bahria Town founder Malik Riaz.
Interior Minister Rana Sanaullah has, in the past, accused Akbar, Imran and his wife Bushra Bibi of accepting Rs5 billion and hundreds of kanals from the housing developer in return for “providing protection” to the real estate firm in the same case when the PTI was in power.
Talking to media persons outside the NAB office today, Vawda said that when Akbar had briefed the cabinet on the matter, no debate or discussion was held nor were any official documents shown.
“I, Shireen Mazari and Fawad had raised questions on it […] but my questions used to hurt them a lot,” he recalled. “A story was presented […] and the way it was told, all the ministers and Imran accepted it and were satisfied with it.
“And the decisions taken in the cabinet are based on a majority […] there are no signature but an approval […] and we were involved in that,” he said, adding that Akbar made the cabinet do the “wrong thing” by “misleading them”.
He also claimed that Akbar must have gotten some “benefit” for proceeding with the “deal”, adding that such things never “happen for free”.
“If you ask me technically […] surely the Pakistan government and the treasury suffered a loss of £190m. There are no two thoughts on it,” he regretted.
Vawda said that he had had a fight with Akbar in one of the cabinet meetings after which he had warned Imran that the ex-accountability chief would “run out of the country”.
“And this is exactly what happened,” he added.
“I have always tried to protect the PTI chief from trusting the wrong people and will continue to do so,” he said, warning that there was another “constitutional post” conspiring against Imran.
“Imran doesn’t know it yet because he trusts people easily. But I have set the target there and just have to lock it now,” he claimed, adding that his politics started and would end with PTI.
In response to a question, Vawda said that the military officer — accused by Imran of involvement in his attempted assassination — was a “distinguished officer”.