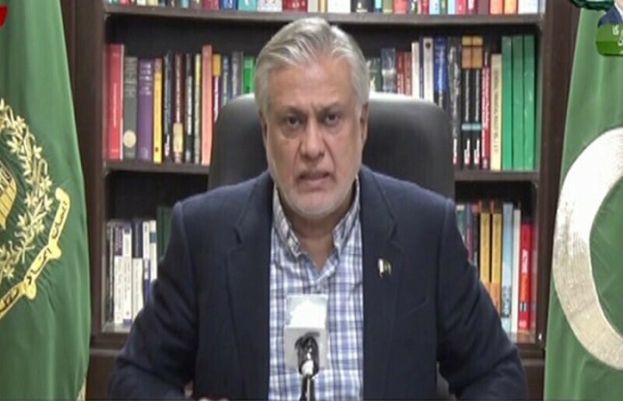 Finance Minister Ishaq Dar announced on Tuesday that there would be no change in the prices of petroleum products for the next fortnight till November 30.
“The government has decided, after permission from Prime Minister Shehbaz Sharif, that there will be no increase in any petroleum products. All the items, petrol, diesel, light diesel oil and kerosene […] their prices will remain unchanged from Nov 16 to Nov 30,” he said in a press conference in Islamabad.
The current prices for petrol are Rs224.80 per litre, Rs235.30 for HSD, Rs186.50 for LDO and Rs191.83 for kerosene. On October 30, too, the government had decided to keep the petrol prices unchanged.
During his brief media talk today, Dar also said that the State Bank of Pakistan and the National Bank of Pakistan had submitted applications to the Supreme Court requesting to withdraw their appeals against the Federal Shariat Court’s (FSC) direction to the government for a complete transformation of the banking system into Shariah-compliant banking by December 2027.
Earlier this year, the FSC had ruled that the federal government and provincial governments must amend relevant laws and issued directives that the country’s banking system should be free of interest by December 2027.
Commercial banks and the central bank had subsequently filed an appeal before the Sup­reme Court (SC) challenging the FSC verdict.
However, last week, Dar had said that the SBP and NBP would withdraw their appeals, adding that the government would quickly try to implement Islamic banking system in the country.
Updating on the matter today, he said: “Both of the applications have been submitted in the apex court.”