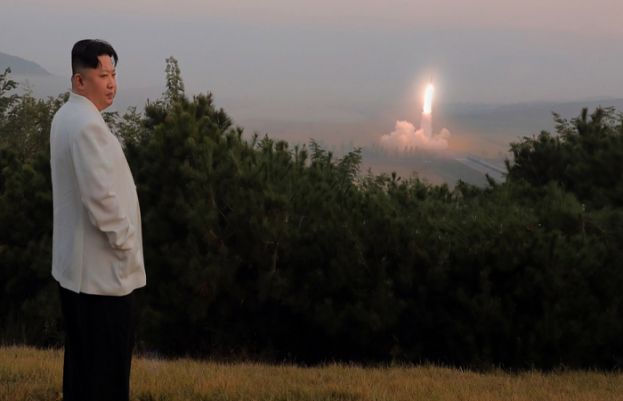 North Korea has said its recent barrage of missile launches were “tactical nuclear” drills personally overseen by leader Kim Jong Un, and a response to joint United States-South Korea naval exercises.
According to international media, North Korea carried out its seventh launch in two weeks when it fired two ballistic missiles early on Sunday morning.
Showing the first pictures from the launches, state broadcaster KCNA reported Kim Jong Un guided the exercises, which involved ballistic missiles with mock nuclear warheads and were led by “tactical nuclear operations units”.
The various tests simulated targeting military command facilities, striking main ports, and airports in the South, KCNA added.
“The effectiveness and practical combat capability of our nuclear combat force were fully demonstrated as it stands completely ready to hit and destroy targets at any time from any location,” the report said.
“Even though the enemy continues to talk about dialogue and negotiations, we do not have anything to talk about nor do we feel the need to do so,” KCNA quoted Kim as saying.